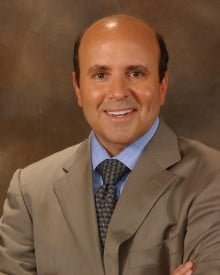 Dr. Kirk Brandow’s success in Plastic Surgery stems from his appreciation of art and beauty. His philosophy of surgery is based on anatomy, balance and harmony that developed from his experience as a sculptor. He believes that creativity is indispensable to the artistry and skill of a great Plastic Surgeon. It is, and always has been, his goal to keep patients looking “natural” and “age appropriate.” Aesthetic Surgery is his passion, which is why he has devoted his entire 25 year career to Cosmetic Surgery exclusively.

Dr. Brandow is the founder and director of the Brandow Clinic for Cosmetic Surgery. The doors of his Main Line Clinic opened in 1997, in Bala Cynwyd. In 2005, Dr. Brandow opened a second location at The Jersey Shore, in Somers Point. Then, in the summer of 2015, he opened a third location in Center City Philadelphia. These three locations have helped patients from the tri-state area to more easily consult with Dr. Brandow, which gives him the opportunity to see a wide range of issues unique to each one of these geographic locations.

Previous to becoming board certified in Cosmetic Surgery in 1992, Dr. Brandow started his early general surgical training at the world-renowned institution, Memorial Sloan Kettering Cancer Center, as well as Yale University affiliated, St. Mary’s Hospital. From there, he was selected to enter the internationally acclaimed Plastic and Reconstructive Surgery residency program at The University of Rio de Janeiro, under its world famous chairman, Dr. Ivo Pitanguy. Dr. Brandow spent three years training under Dr. Pitanguy, a globally recognized master in modern Cosmetic Plastic surgery. Dr. Brandow credits his success in cosmetic surgery to his Plastic Surgery experience abroad, which opened his eyes to other philosophies and concepts of beauty. He has developed many innovative, minimally invasive procedures for the face, body and skin. These procedures include The Boomer Lift™, The 48 Hour Facelift™, The Scarless Breast Implant, The Multilayered Micro-Lipo Augmentation, The Tumescent Technique for Liposuction and The CO2 Laser Blepharoplasty.

In addition, he has been featured on local, national and international television programs including 20/20, CNN’s Headline News, Good Morning America, ABC Action News, TV Globo and Telemundo to provide updates and opinions on the latest trends in cosmetic surgery. Dr. Brandow uses some of his media appearances to speak out on the controversial issues of cosmetic surgery, advising viewers to take a more responsible and more realistic approach to the latest fads and gimmicks in Cosmetic Surgery.

Dr. Brandow and his caring staff who believe that the services and procedures offered at our clinics are steps toward an exciting journey of self-discovery, where an enhanced appearance can lead to an inner awakening of self-appreciation, enthusiasm and confidence to enjoy the opportunities of life as we age gracefully.

Dangers of Cosmetic Surgery on the Cheap, ABC Evening News, 2011

How Young Is Too Young For Cosmetic Surgery? ABC Local News, 1998