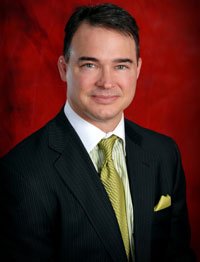 He is board certified by two surgical boards which include the American Board of Cosmetic Surgery, for body, breast and facial surgery, as well as the Board of Oral & Maxillofacial Surgery.

Over the last decade he has performed over 14,000 cosmetic surgery procedures, and has a special interest in body contouring after massive weight loss that occurs following bariatric surgery. He has also become well known for his expertise in difficult facial aging cases requiring multiple procedures to be performed at once.  He has written over 15 book chapters in the areas of Rhinoplasty, Face-lifting, Neck-lifting, Brow lifts, Liposuction, Blepharoplasty, and Facial Implants.

Dr. Cuzalina has also performed over 4,000 breast augmentation procedures and has developed a particular interest for simultaneous breast lifting and augmentation, and has lectured extensively across the country and internationally on this subject.  One of his favorite surgeries to perform is difficult revisional aesthetic breast surgery.