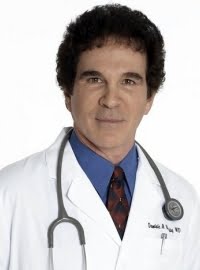 In 1981, The Skin Center Medical Spa was founded by board certified cosmetic surgeon, Dominic Brandy, MD, to fill the growing demand for a medical practice dedicated solely to cosmetic plastic surgery and anti aging skin care for the face and body.

With three Skin Center Medical Spa locations in Pittsburgh PA and one in Columbus Ohio, our staff of medical professionals offers only the most advanced, medically based skin treatments to help improve the visible signs of aging. Visit theskincentermd.com for more information.

”We had one goal in mind when we founded The Skin Center Medical Spa and that was to improve our patients’ enjoyment of life.” said Dr. Brandy. ”I think we accomplish that by giving them more confidence in the way they look and feel about themselves everyday.”

Sharing Dr. Brandy’s enthusiasm for helping people realize their goal of a more youthful appearance and a healthier outlook, Fernando Colon, MD, board certified plastic surgeon and medical director of The Skin Center Medical Spa in Columbus, Ohio, believes that while physical appearance may not be the most important attribute, it strongly influences self-esteem. ”If you are uncomfortable with some aspect of your appearance, it most likely affects the way you perceive yourself and how you interact with others,” said Dr. Colon. ”One small improvement in the way you look can have a positive impact on your life.”

At The Skin Center Medical Spa locations in Pittsburgh PA and Columbus Ohio, we strive each and everyday to ensure that we are doing our part in helping our patients live the most rewarding lives possible. This is why we treat every patient with compassion, respect and only the highest level of professional care.

Our commitment to exceptional patient care is achieved by not only meeting our own internal benchmarks for patient care, but also adhering to the strict standards set forth by two of the most prestigious accreditation agencies in the field — The Accreditation Association for Ambulatory Health Care (AAAHC) and The Intersocietal Commission for the Accreditation of Vascular Labortories (ICAVL).

The AAAHC serves as an advocate for the provision of high-quality health care through the development of nationally recognized standards. This accreditation is recognized as a symbol of quality by third-party payers, medical organizations, liability insurance companies and state and federal agencies and the public. The Skin Center Medical Spa achieved accreditation status in 2002.

The Intersocietal Commission for the Accreditation of Vascular Labortories (ICAVL)

The ICAVL is also dedicated to establishing high standards for patient care and diagnostic testing facilities. The ICAVL provides facility accreditation programs for various types of medical diagnostic imaging. The Skin Center Medical Spa attained recognition for providing a high level of patient care and quality testing in the diagnosis of vascular disease in February 2011.

Grounded in the philosophy that beauty is ageless and youth is a state of mind, we are committed to improving our clients’ enjoyment of life by offering only the most advanced, clinically proven noninvasive laser treatments and clinically proven anti aging skin treatments.

Dr. Dominic Brandy is a renowned board certified cosmetic surgeon with over 30 years experience as a leader in advanced cosmetic plastic surgery. In 1981, Dr. Brandy founded The Skin Center Medical Spa in Pittsburgh Pennsylvania to serve the region’s increasing demand for a medical practice devoted exclusively to minimally invasive facial rejuvenation and cosmetic surgery, and now specializes in face lift procedures including the QuickLift, breast enhancement, liposuction, and tummy tucks.

Over the years, Dr. Brandy has grown his practice to include three locations in Pittsburgh including Mt. Lebanon, PA, Shadyside, PA and Wexford, PA and one in Columbus, Ohio, all of which offer the most advanced medical anti-aging skin treatments including Botox Cosmetic, laser hair removal, cellulite reduction and collagen enhancing products and skin care treatments for firmer, more youthful looking skin.

Initially, Dr. Brandy built his reputation as a leading cosmetic surgeon by developing and refining the most effective techniques for treating hair loss with natural growing hair. More recently, his innovative QuickLift mini face lift has piqued the interest of patients and doctors from across the country and around the world, and is considered the premier facial cosmetic plastic surgery procedure offered at The Skin Center Medical Spa.

Dr. Brandy graduated Summa Cum Laude from the University of Pittsburgh and earned his degree in medicine from Hahnemann (now Drexel) University in Philadelphia, Pennsylvania. After completing an internship at St. Francis Medical Center in Pittsburgh, PA, Dr. Brandy went on to serve as Director of Emergency Medicine for Divine Providence Hospital in Pittsburgh, PA. During this time, Dr. Brandy continued his education through a comprehensive cosmetic surgery fellowship program sponsored by the American Academy of Cosmetic Surgery. Following his fellowship in cosmetic surgery, Dr. Brandy served as clinical instructor in the fellowship program at the University of Pittsburgh’s School of Medicine’s Department of Dermatology.

Considered a leading authority in the field of cosmetic surgery, Dr. Brandy has published more than 70 medical articles in prominent medical journals such as the Journal of Dermatologic Surgery and Oncology, the American Journal of Cosmetic Surgery, Annals of Plastic Surgery and The Journal of Aesthetic Plastic Surgery and has contributed to eight aesthetic surgery textbooks as well as authored his own book on hair replacement alternatives for men and women. Dr. Brandy has shared his expertise as a cosmetic surgeon with his peers by lecturing at over 115 national and international meetings and is frequently approached by the news media as an expert and has been referenced in hundreds of consumer newspapers and magazines, including Redbook, Cosmopolitan and Men’s Heath.

A Method of Augmenting the Cheek Area Through SMAS, subSMAS, and Subcutaneous Tissue Recruitment During Facelift Surgery

Long-Term Results of Purse-String Facelifts
by Dominic A. Brandy, MD. 2010

The Delta Lift: A Modification of S-Lift for Facial Rejuvenation
Published by the International Journal of Cosmetic Surgery and Aesthetic Dermatology, 2002

“How an Aesthesian Can Enhance Your Practice.” Live Patient and Laboratory Workshop on Skin Rejuvenation Including: Dermabrassion, Chemical Peeling, Laser and Radiosurgical Resurfacing, American Academy of Cosmetic Surgery, University of Pittsburgh, Pittsburgh, Pennsylvania, May 4 – 7, 1995.