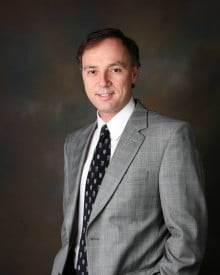 We recently sat down with Dr. Mitchell Kaye to hear about the more emotional side of being a cosmetic surgeon. Keep reading to hear more about Dr. Kaye’s experience helping underprivileged burn victims in Columbia.

What is one of the most gratifying parts of being a cosmetic surgeon?

I have been lucky enough in my practice to have many personally gratifying moments. I have had so many opportunities to truly make a difference in the lives of my patients, and I take their trust and confidence in me very seriously.

Can you share a patient story that really touched you?

In cosmetic/reconstructive surgery, two stand out vividly. I was part of a surgical team with Healing the Children Northeast that was sent to Colombia two and three years ago. The goal was primarily to treat burn victims with late scar contractures or other deformities, which occur frequently in Colombia and other underdeveloped countries where open cooking fires are used indoors, often with raw gasoline used to start the fire. 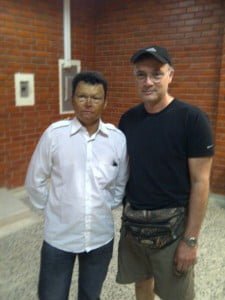 had been assigned a 30-year-old man who had severe ectropion bilaterally after a gasoline blowback injury. He had been unable to close his lids completely since the injury at age 15, and he had the expected chronic irritation symptoms. Luckily, he had no corneal injury or visual loss. He is a street food vendor with a young family now. His repair was fairly simple, since he had an anterior lamellar only injury. With scar release and full thickness skin grafting from his supraclavicular fossa, he could close his lids fully in the recovery room with immediate relief of symptoms. The next year, he was waiting for me at the onset of the next clinic and wanted to know if I could fix his baggy eyelids. He went from a functional to a cosmetic patient very quickly!

Can you tell us about the second experience?

The second patient was a 13-year-old girl who had been burned by acid over much of her chest at age one by her mentally ill mother, after which she was raised by her grandparents. She underwent extensive scar revisions of her breast in separate sessions and, ultimately, we did a nipple reconstruction with a top hat flap. I think that we were very lucky to catch this during a critical time in her life. She and her family were very grateful and gifted the OR team with home grown mangoes, which were the sweetest I have ever tasted; I think you know why.